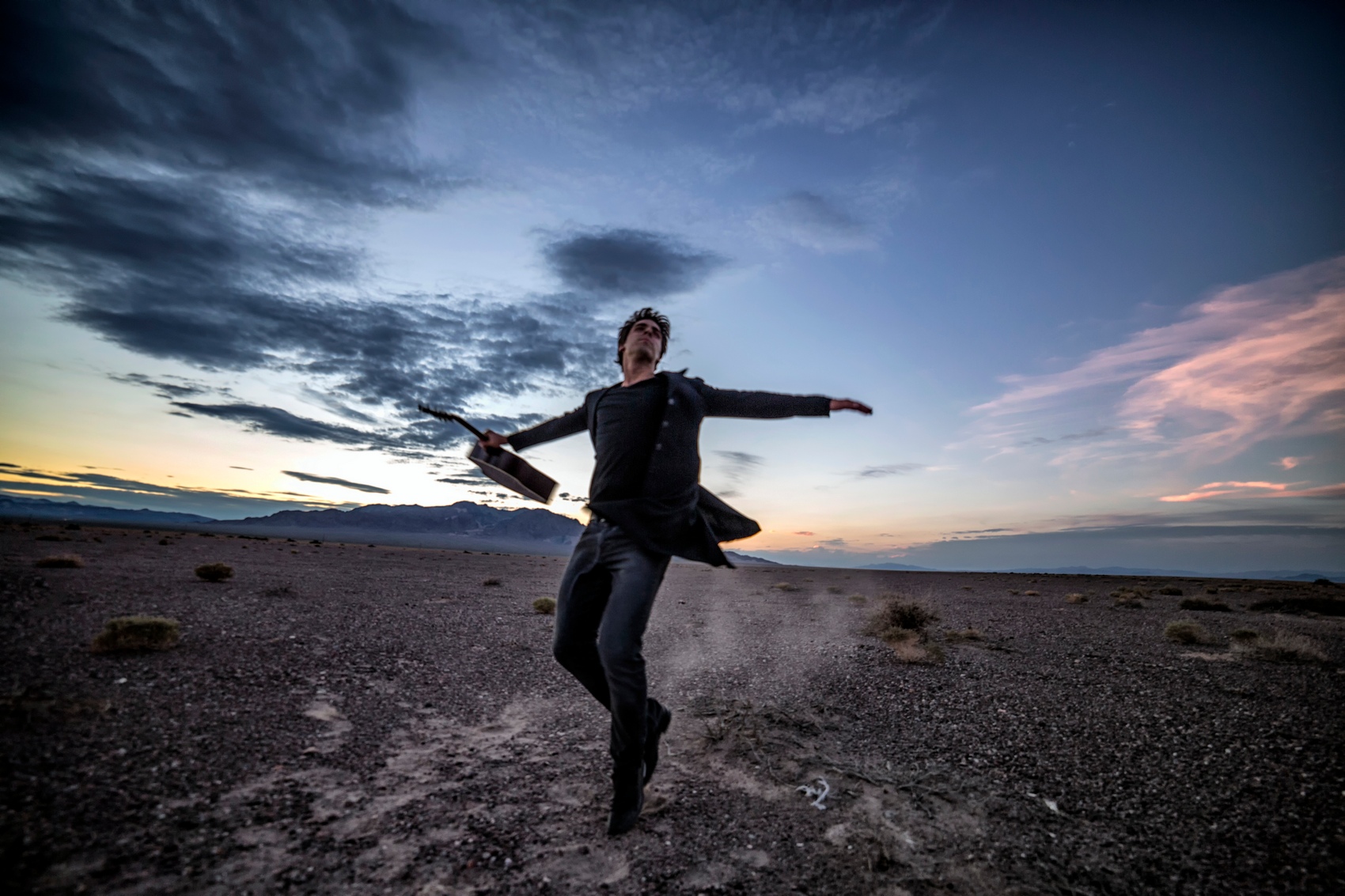 “a superb, finely detailed reading that showed Grgic is a guitarist to keep an eye on” – THE WASHINGTON POST

Touted as a “gifted young guitarist” by the New York Times, and “a guitarist to keep an eye on” by the Washington Post, Mak Grgic is  emerging as a star on the worldwide stage. An expansive and adventurous  repertoire attests to his versatility and wide-ranging interests: from  the Baroque and Renaissance to music of the cinema; from ethnic music of  his native Balkans to extreme avant-garde and microtonal music, Mak’s  extraordinary talents and tastes as soloist, collaborator, and  recording artist are fueled by his curiosity, imagination, and boundless  energy. As a testament to  his versatility and wide-ranging appeal, in 2018 Mak was invited by  legendary singer-songwriter k.d. lang to perform as the opening act for  the North American leg of her Ingénue Redux Tour.

As a  concert artist, he averages eighty-five performances a year — nearly two  bookings per week — as both soloist and collaborator. He is a founding  member and active performer in two duos—the Flamenco-style “Duo Deloro”  with Adam Del Monte, and the new music-focused “FretX Duo” with Daniel  Lippel, guitarist of the International Contemporary Ensemble (ICE). As  Young Artist in Residence with the Da Camera Society of Los Angeles, he  founded “DC8,” an octet declared “an inspiring addition to the  contemporary music landscape in Los Angeles” by the Los Angeles Times.  Other ongoing collaborations include the JACK Quartet, Martin Chalifour  (concertmaster, LA Philharmonic), cellists Jay Campbell and Joshua  Roman, The Assad Brothers, and John Sant’Ambrogio (St. Louis Symphony).

In 2009 at the age of 22, Mak made his debut in Russia, performing the Rodrigo Concerto de Aranjuez  with the St. Petersburg Symphony Orchestra under Vladimir Lande. The  following spring, while on tour in the U.S. as a member of the Zagreb  Guitar Quartet, he performed with Christopher McGuire, guitarist and  artistic director of the popular Allegro Guitar Series in Austin, Texas.  That summer, at the Lancaster Festival in Ohio, he performed Rodrigo’s Fantasia para un Gentilhombre with the Festival Orchestra under Gary Sheldon, as well as Boccherini’s famous Introduction et Fandango with the Festival String Quartet.

A  month-long tour recently took him to China, Japan and the Balkans. Other  engagements include performances and residencies at several venues in  Portugal; in Castilla-Leon/Spain, at the Teatro Cervantes de Bejar; the  Sarajevo Music Academy; at several venues in Slovenia; the Paris Guitar  Foundation; Zurich University of the Arts, and the Hong Kong  International Guitar Festival.

In North  America, he has performed at the Austin Classical Guitar (in recital  with Martin Chalifour); Beyond Microtonal Music Festival/Pittsburgh, the  Dallas Opera (with chamber orchestra) in performances of Peter Maxwell  Davies’s The Lighthouse; Dumbarton Concerts/Washington, D.C.;  Kitchener-Waterloo/Ontario; the National Gallery of Art; NAMM  Show/California; Strathmore Hall/Maryland; the New York Classical Guitar  Society; Triangle Guitar Society/North Carolina; and numerous other  venues and guitar societies across the globe.

Also an active entrepreneur and educator, Mak is  director of EuroStrings, a consortium of seventeen guitar festivals in  Europe; as well as the European Guitar Festival Collaborative; Zabreb  Guitar Festival; Roots & Notes Interactive Music Festival in  Croatia; and the Music@Rush Hour/Los Angeles. He also serves as director  of the Elemental Guitar in Santa Monica, an exciting program for youth,  as well as an adjunct faculty member at Mount St. Mary’s University in  Los Angeles.

An enthusiastic recording artist, Mak’s albums capture a probing and continuous exploration of the world of guitar and all its possibilities. His latest recordings, “Balkanisms“ for Naxos Music in collaboration with RTV Slovenija and “MAKrotonal” for MicroFest Records, explore a vast repertoire spanning ethnic music, microtonal, new music and early music on re-fretted instruments, such as a “zig-zag fretted Bach prototype guitar” that captures the temperaments of the Baroque period. Other albums in progress include an homage to Ligeti spotlighting gamelan-inspired guitar arrangements.

Born in Ljubljana, Slovenia, in 1987, Mak studied  guitar in Zagreb with the revered Ante Cagalj at the Elly Basic Music  Academy. By the age of 14, he was balancing his world champion status in  karate with his love for the guitar. Throughout his high school years,  he concertized in Ljubljana and Zagreb, splitting his weeks between the  two cities, as well as competing in professional martial arts contests  across Europe and Asia. Following an injury to his left thumb, he made  the decision to focus solely on a career in music, going on to complete a  bachelor’s degree with Alvaro Pierri at the University for Music and  Performing Arts in Vienna.

Pursuing advanced studies in the U.S., Mak was  one of the first students to apply for USC Thornton’s new Arts  Leadership graduate program, which he incorporated into his doctoral  studies in guitar. He has been a student of William Kanengiser and Scott  Tennant of the Los Angeles Guitar Quartet, in addition to Brian Head,  artistic director of Guitar Foundation of America. In the fall of 2017,  he began the Artist Diploma program at USC, the first guitarist in the  university’s history to be admitted to this elite program.

Mak proudly  plays and endorses an array of fabulous concert guitars made by diverse  craftsmen, including German Antonius Muller, Chinese master luthier  Hanson Yao, Bosnian Slavko Mrdalj, Slovenian Samo Sali, as well as a  historic 1966 Jose Ramirez, all of this in addition to other quirky  re-fretted and remodeled guitars.