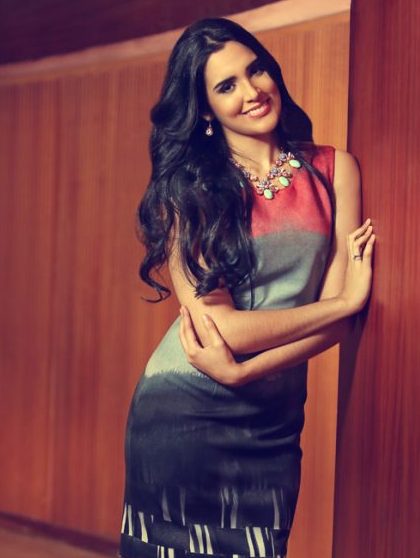 “Syed’s great strength is grace under pressure, an aura of mastery, and the ability to present in many different styles and cultural attitudes with sincerity and skill.” – NEW YORK CLASSICAL REVIEW (Sold-out concert at Carnegie Hall 2019)

Described by the press in three continents as a “virtuoso” (Lietuvos Rytas in Lithuania, New York Classical Review, Frankfurter Neue Presse in Germany, Time Out Magazine and The National in the UAE, Correio Braziliense in Brasil), and a “deeply gifted artist” (Ft. Lauderdale Connex in Florida).

She has performed at BBC Radio 3 and her live performance of N. Paganini’s La Campanella on their radio programme In Tune was chosen as a performing miracle on their prestigious broadcast of the best live interpretations on Radio 3.

Aged eleven Aisha made her debut performing the Bruch violin concerto in g minor with the Dominican Symphony Orchestra becoming the youngest ever Dominican to have performed with the orchestra. She became the first latina to have been accepted at the child prodigy Yehudi Menuhin School in England where she also studied at the Royal College of Music with a full scholarship by the Soirée d’Or committee. She was also offered a full scholarship at the Guildhall School of Music and Drama in London.

Besides becoming a household name in South America, she has performed all around the world as a soloist with orchestras and in recitals in places such as the Carnegie Hall in New York (certified sold-out at Zankel Hall by Carnegie Hall), National Philharmonic Hall in Vilnius, Wigmore Hall in London, Palau de les Arts in Spain, the Broward Center for the Performing Arts in Florida, the headquarters of the Organization of American States in Washington DC, the Clairmont Hall in Tel–‐‑Aviv, the Yehudi Menuhin Forum in Bern, Teatro Mayor Julio Mario in Colombia, Casa de la Música in Ecuador, Reales Alcázares in Sevilla, Spain, National Auditorium in Uruguay, CCK in Buenos Aires, National Theater of Nicaragua and National Theater of the Dominican Republic among many other halls. She has also performed as a soloist in many festivals including at the Yehudi Menuhin International Music Festival in Gstaad where she premiered two works as soloist in 2007 and 2009 respectively by prominent Israeli composers Noam Sherriff and Menachem Wiesenberg, the Banstead Arts Festival, the Abu Dhabi Music Festival, the Leamington Hastings festival, the Santo Domingo Music Festival, the Gaida Contemporary Music Festival (where she gave the world premiere of the Alguirdas Martinaitits violin concerto, dedicated to her, at the National Philharmonic Hall with the Lithuanian Chamber Orchestra in Vilnius amongst others.

She has performed as a soloist with the Orquesta de la Comunidad Valenciana in Spain, Symphony of the Americas in Florida, the Kristóforo Orchestra, the Lithuanian Chamber Orchestra, the National Symphony Orchestra of Colombia, the Entre Ríos Symphony Orchestra in Argentina (winner of the Konex Award in Argentina as best orchestra of the decade) and many others. Aisha Syed has won numerous awards including five Premio soberano Awards in 2013, 2014, 2015, 2017 and 2019 as Best Classical Artist Abroad, the Latin Pride National Award 2009 in Boston MA, USA, the Game Changer Award by the Keep Walking worldwide campaign in 2014 and many others. She was made Honorary Cultural Goodwill Ambassador by the Dominican Republic Government. In 2014 she was made the youngest ever Honorary Professor of the Arts Faculty at the Autonomous University of Santo Domingo, founded in 1538. In May 2015 she became along with conductor Gustavo Dudamel an Ambassador for LEALA, an organization founded to promote the Spanish language and Latin American culture in Los Angeles. In 2010 she co-founded in the Dominican Republic the Music for Life Foundation, which seeks to bring classical music to those whom for social, economic, or health reasons cannot access it through music programmes such as the Music with a Purpose Festival and the Musical Clinics for violinists. The violins she performs on are an extraordinary Long Pattern 1690 Stradivarius and an Antonius Pelizon violin both kindly provided by Florian Leonhard Fine Violins of London and New York. Aisha is currently on tour and has been performing in Europe, Latin America, the United States and the Middle East.

Future engagements include a recital at the Royal Opera House of Mumbai invited by the Mehta Foundation in India, her debut with the Jerusalem Symphony Orchestra, recital at the Teatro Mayor season in Colombia, Madrid with Orquesta de la Comunidad Valenciana, a recital tour in Japan and Korea and others. Aisha is a devout christian and dedicates all her performances to God.